This post is part of a virtual book tour organized by Goddess Fish Promotions. Kristine Mason will be awarding a $10 Amazon/BN to two randomly drawn winners via rafflecopter during the tour. Click on the tour banner to see the other stops on the tour.

What do you get when you mix a mad scientist, a psychopath, an ice cream lady and a repo man? Something perfectly toxic…

Melanie Scarlet is a knife-wielding badass who knows how to dispose of a body, and make evidence disappear. But Mel, a.k.a., the Ice Cream Lady, draws the line at one thing: she refuses to live with her husband, Cash Maddox, unless he quits the repo business that nearly got him killed—no matter how much she loves him.

To thaw Mel’s heart and convince her to leave the Everglades and move back home to Tallahassee, Cash is finally ready to retire from his adrenaline-fueled job…until homeless men begin vanishing. As Mel investigates the disappearances, Cash’s temper goes into overdrive when he realizes his wife has been keeping a dangerous secret from him. She’s been doing more than scooping ice cream—she’s a cleaner for the underground criminal investigation agency, Above the Law.

Mel isn’t the only one with a secret. A scientist has created a drug that will cure psychopaths by deadening the urge to dominate, hurt and murder. To prove his chemical combination works, he uses the homeless as test subjects. He breaks and scrambles their minds, turns them into killers, then tries to fix them. But what if the scientist creates a killer he can’t fix? A true psychopath he can’t control? As Cash joins Mel and the ATL crew, they learn firsthand, the results could be…toxic.

When Melanie reached the front door, she touched the faded, sun-bleached wreath she’d made over two years ago. Nostalgia settled over her heart. Although Cash had still been recovering from his injuries, those days had been happy ones. He hadn’t been able to repo.

Betrayal and frustration gave nostalgia the boot. Dang it. They could have been good together. She knocked on the door. Instead, they were living separate lives because she wasn’t enough. Not enough excitement, not enough of a challenge. His accident had taught her that she didn’t need those things anymore. Then again, she had signed on to ATL and did still chop the occasional car or boat. Oh, God. There was also those bodies she’d disposed of in her daddy’s swamp.

The door opened and Cash’s large body filled the threshold. His t-shirt clung to his arms and chest, revealing the muscles she loved to hang onto when she rode him. Her heart beat hard as she shifted her gaze from his chest to his mouth. How she’d love to shove him against the door and kiss that arrogant, overconfident smile off his lips.

She met his gaze. His dark-brown eyes held hunger, lust and smugness. During their two-year separation, they’d found excuses to see each other. Then they’d have a long weekend of hot sex. Cash was in for a rude awakening. Just because he knew how to make her moan didn’t mean he’d be getting any action during this visit.

He took a step forward and crowded her space. She inhaled his cologne as he slid a finger along her jawline until he reached her chin. “I’ve missed you.” He leaned forward, brought their mouths so close together his warm breath brushed her lips.

God, how she ached for him. If only he loved her enough. The reminder stung and bolstered the promise she’d made to herself: no sex, discuss making their separation permanent. 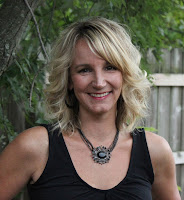 Kristine Mason is the bestselling author of the popular romantic suspense trilogies, C.O.R.E. Shadow and Ultimate C.O.R.E. She is currently working on her next trilogy, C.O.R.E. Above the Law, along with a series of Psychic C.O.R.E. novellas.

Connect with Kristine on Facebook https://www.facebook.com/kristinemasonauthor, Twitter https://twitter.com/KristineMason7, or email her at authorkristinemason@gmail.com. You can also find out more about Kristine’s books at http://www.kristinemason.net .