This post is part of a virtual book tour organized by Goddess Fish Promotions. Sue Perkins will be awarding a $25 Amazon/BN GC to a randomly drawn winner via rafflecopter during the tour. Click on the tour banner to see the other stops on the tour.

Ash's silvery purple hair sets her apart from her peers and at the magic college of Spires a few senior maeven consider her magic to be alien and unsuccessfully try to expel her. Ash feels a compulsive attraction tempting her to enter the broken North Spire. She believes this off limits ruin holds the answer to her origins, but is not willing to take the chance of expulsion from Spires.

Orm, Ash's equally talented classmate, is determined to support the girl he considers his soulmate, and promises to help her find out the secrets of the North Spire when they reach the end of their third year.

At the end of the first year, Ash nervously waits to see if she will be allowed to continue at Spires, or will she be sent home in disgrace.

This opportunity would shape her future, become a Spires maeven or always remain the outsider. Rupe saw the others looking at her and gave everyone a furious glare. The students quickly looked away and the whispering stopped.

Their journey took several days. Few villages lay on this route, and they did not collect any more students. Instead they made straight for Laktu. As they neared the town the roads became smoother. Paved instead of compressed earth, with gullies at the side to drain away surface water from the heavy rains. Their final day took them through a dense forest and out the other side.

"Rupe, look. I can see the spires of the college."

On the horizon they saw rolling hills and stretching far above them the four spires which gave the college its name.

"See there's the broken one Tuvor told me about. Nobody's allowed in there because it's dangerous."

The procession followed the Searcher up over the hills. He stopped at the top to allow them their first sight of the town of Laktu.

"As you can see, Spires dominates the town. The East Spire houses the dormitories, the West Spire the rooms of the maeven and the South Spire the classrooms." The guide carried on before anyone could ask about the broken spire. "The North Spire is broken. You are not permitted to enter there under pain of dismissal. If you disobey you will go home in disgrace." 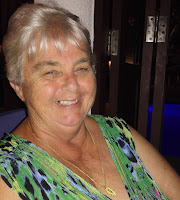 Sue Perkins grew up in Devon, England and emigrated to New Zealand with her family. Sue and her husband now live at the top of New Zealand’s South Island. Her interests include writing, reading, genealogy and aqua jogging.

Sue’s book genres include romance, fantasy romance, young adult fantasy and middle grade fantasy. Her first romance book was released in May 2007, quickly followed by a fantasy trilogy. She now has many books published in all the genres. Her aim for the future is to write a full-length epic fantasy novel. The outline is complete, and Sue is hoping to find time to finish the first draft by the end of 2017. Meanwhile she carries on with her current fantasy series - Rak Shoma, a blend of magic and fantasy.