Unringing the Bell by Judy Higgins

Have you ever had an imaginary friend?

I played with a whole slew of imaginary people when I was young, plus some fictional characters like Tarzan and Roy Rogers. I also played with my little brother who was acquainted with my imaginary friends. He had some, too. Our play varied from day to day, because we had a large repertoire of invisible companions. Sometimes, we’d take a movie we’d seen and use that as a setting. When we saw a movie about cavemen, for months afterwards we had a cast of cave men and women as playmates. We dealt with woolly mammoths and tigers and lived in a cozy cave. The mimosa tree in our front yard was the hub for our jungle friends which, of course, included Tarzan. In the backyard, we had a tree house in a chinaberry tree. That was home base for other types of adventures involving imaginary friends.

I’m scared to death of snakes. Just say “snake,” and I start shaking. I grew up in South Georgia where a rattlesnake or a water moccasin would occasionally slither into our yard. Once, my mother started down the front door steps and almost put her foot on a four foot long water moccasin. I was afraid to go down those steps for weeks afterwards. I attended a program on snakes at the Okeefenokee State Park in Georgia one summer. The snake handler put a rattle snake at the back of the stage while he gave his lecture and explained that the snake would remain there because the snake was even more afraid of the man than the man of the snake. Every time he took a step toward the snake, the moccasin would coil and hiss. When the man moved away, the snake unwound but was still too afraid to slither away with the man so close by. This program helped ameliorate my fear of snakes marginally. One of my favorite stories is Kipling’s Rikki Tikki Tali about the mongoose who does battle with a cobra.

Do you listen to music when you’re writing?

Do you ever read your stories out loud?

Not as much as I should. I know you’re supposed to catch mistakes that way as well as judge the rhythm and voice. I catch the most mistakes when I print off sections for my critique group. No matter how many times I have read over it, as soon as I print it off for someone else to read, I find errors. An actor in Charleston, Nat Jones, has read Unringing the Bell for the audiobook. Listening to a professional read my story was really exciting!! But I do need to read my stories out loud before I pass them on.

Tell us about your main character and who inspired him.

Jacob Gillis is a creation based on no one except for one thing. My son’s father died when he was seven and so I know some of the issues of boys growing up without fathers. Jacob’s father died when Jacob was ten. I had one of his father’s friends, Detective William Laskey, step in and act as a surrogate father to Jacob. Regrettably, my son had no such person in his life.

Another character, Dr. Zuela Hay, the zany Shakespeare scholar, is based almost entirely on someone I knew. My readers seem to like the fictional Dr. Hay as much as I liked the real one.

In the second book of the Bucks County Mysteries series, Bride of the Wind, Fritz Herschmann is based partially on a man I knew. His name was also Fritz. The real Fritz was one of the kindest, most thoughtful, and most intelligent men that I’ve ever known, as is his fictional namesake. When the fictional Fritz’s daughter goes missing, because he is the kind of man he is, he refuses to believe that the worst can happen to her. 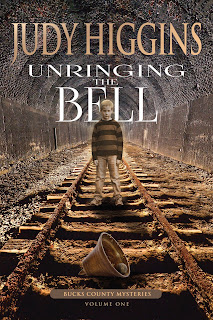 In the small town of Goose Bend, Pennsylvania, people don't forget. Especially something as sensational as 12-year-old Jacob Gillis burning down the town. Nineteen years later, Jacob returns, hoping for redemption. Instead, he finds himself entangled in a murder investigation. The prosecutor, taking advantage of Jacob's involvement with the victim's beautiful sister-in-law, threatens Jacob with loss of career and reputation if he doesn't play by his rules. Only by outwitting the prosecutor can Jacob save his future.

When Jacob Gillis was twelve years old, he burned down the town of Goose Bend, Pennsylvania. The fire didn’t actually consume the entire town – only two blocks of the four-block business section went up in flames – but when the folks in Goose Bend spoke of the incident, they persisted in saying that Jacob Gillis, abetted by his friend Charlie Garrett, burned down the town.

Jacob watched Laskey walk back to the Sequoia, his limp barely detectable, and for the thousandth time he wondered why his friend kept what had happened to his foot a secret. But there were some places Laskey didn’t go – formidable Laskey with his gruff manner and hard-muscled body. He was a private person and sometimes a grizzly bear, but he had a goose-down heart which he tried like heck to hide. But Jacob knew.

Laskey grasped the arms of his chair and pushed his feet hard against the floor to contain himself. For a brief moment, the thought had rushed through his head that a jail term for assaulting a DA would be worth enduring for the pleasure of smashing Inglehook’s head against his desk.

Laskey squared his shoulders, turned around, and looked Jacob in the eyes. “Don’t get yourself in a mess, Jake. Extrication isn’t always possible.” He started for the door.

“Give back the painting,” he called over his shoulder. “And Jake,” he paused and twisted around. “Don’t ever mistake pretty wrappings for the quality of the gift inside.” 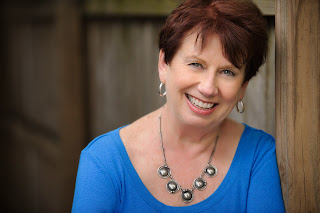 Judy Higgins was born in South Georgia where she grew up playing baseball, reading, and taking piano lessons. To pay for her lessons, she raised chickens and sold eggs to neighbors. She attended Mercer University for two years, and then Baylor University from which she graduated with a BA in German. She received her MA in German literature from The University of Michigan. After teaching German for several years, Judy decided to become a librarian and earned an MA in Library Science at Kutztown University in Pennsylvania.

Judy’s life took an exciting turn when she left her teaching job in Pennsylvania to be Head of Library at the Learning Center School of Qatar Foundation. She lived in Qatar for eight years, enjoying the experience of living in a different culture and traveling to exotic places during every vacation. Recently, she returned to the United States and lives in Lexington, KY. Judy has two children, Julia and Stephen, two children-in-law, Jim and Erin, and four grandchildren: Kyle, Jon, Karina, and Addy.

Judy’s first book, The Lady, was a finalist in the 2012 Amazon Break-out Novel Award. The first two novels of her Bucks County Mysteries, Unringing the Bell and Bride of the Wind are available March 1, 2018. The series is set in an imaginary small town in Bucks County, Pennsylvania. Call me Mara, the story of Ruth and Naomi, is scheduled for publication in March, 2019.

In addition to writing, Judy’s passions include travel, tennis, elephants, and playing the piano.