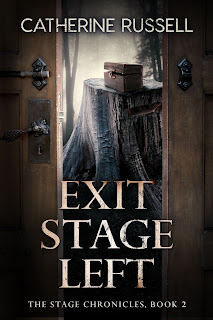 Megan O'Day seems to be navigating the unpredictable relationship with Geoffrey Drake, her centuries-old vampire guardian angel, rather well. But then his past suddenly rips him from her, forcing her to face the unknown future alone in the gripping sequel to The Stage.

Still bound to Geoffrey through the power of the Link despite his unexplained absence, Megan's mind is flooded with his haunted memories. While she relives the darkest moments of his previous life, she discovers his attachment to a woman who bears a striking resemblance to her.

As she questions Geoffrey's love for her, she strikes up a dangerous alliance with Geoffrey's brother, Alexander, who is also a vampire. She hopes that he will help her find a way to rescue Geoffrey: instead, he seems to be awakening new emotions and desires within her.

As the past and present collide, Megan struggles to fend off Alexander's dark seduction. Is Geoffrey truly beyond the reach of her love forever? If not, what must be sacrificed to bring them back together again?

Geoffrey and I stepped into one elevator, the others squeezed into the other. I fumbled with the box as the elevator doors closed. The elevator jerked slightly. Geoffrey had pushed the stop button, and gently took the box from my hands as the elevator halted between floors. I grinned, knowing what he was up to. I reached up to his delicious mouth as his cool palms softly held my face.

Whenever our lips touched the link became a hyper wire of electric current. My tongue danced in time with his as his venom flowed into me. Along with my being the mythological link to him, we’d also discovered that I was immune to his venom—but mind you, it still had its drawbacks. Sure, it gave me enhanced senses and physical abilities, but it also made me sicker than a dog if the dose was too big, basically a nasty hangover.

Just as his icy fingers skimmed my waist, the call buzzer rang, interrupting our moment. I had about two seconds before he pulled away, so I held him tighter to me, tugging on his delicious lower lip a bit longer, and his fingers grazed the top of my hips, which only made me want him more.

Damn buzzer. And I was just getting started, too. He grinned as I tucked my shirt back in.

“At least we won’t have interruptions to worry about anymore,” he said aloud as he tucked my hair back behind my ear, sending a small thrill through me. 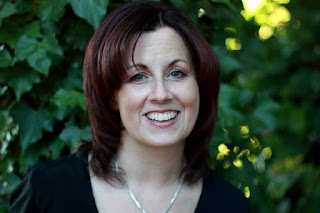 Catherine Russell was born in Tacoma, Washington and raised in a small town just south, South Hill, Puyallup. At the time South Hill was a heavily wooded area and far off the beaten path. Growing up she had the forests as her fantasy world along with the wild animals. She lived with her parents and an older sister. There are a few similarities from her own childhood that have carried over in to her first novel, “The Stage”. As a child, she did have a small dog named Toto, whom she would quite frequently roam the woods with. Her childhood home still stands, and is still nestled in the woods even though South Hill has undergone an extreme makeover since she lived there. She enjoyed hours of day dreaming and playing in the woods, which in turn fed her fantasy world of make believe.