As Good AS Can Be by William A. Glass 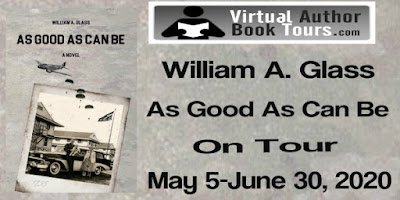 This post is part of a virtual book tour. The author will be awarding a copy of the book to a randomly drawn winner via the Rafflecopter at the end of the post.


THINGS WE MAY NOT KNOW ABOUT THE AUTHOR

When I was twelve, I wrote a poem, and it went like this:

Some men were hunting for a fox,
They hope to put him in a box,
And then to sell him to a zoo,
Have fun and make a buck or two.
When these men caught their little fox,
And put him in their little box,
They said ‘this fellow is so cute,
Let’s see if he can hula hoop.
The fox he hula hooped so well,
The men did too, pell-mell,
That’s because the fox was a very good teacher,
So the men all thanked the hula hoopin’ creature.
The men said ‘Fox we’ll set you free,
The fox said ‘Men I’m full of glee,
It will be nice to get out of this coop,
Oh, may I have your hula hoop?’

I memorized Gray’s Elegy Written In a Country Churchyard because my childhood hero, Horatio Hornblower, and the other midshipmen in C.S. Forester’s books all knew it and used to practice ship-to-ship signaling by exchanging lines from the poem.

I’ve been locked up in jail four times and expelled from three schools.

I didn’t graduate from college until I was 42 years old. At that point, I was Director of Merchandising for Bausch & Lomb in Rochester, New York.

I first started coaching soccer when I missed a meeting at our YMCA, and my wife volunteered me to coach my six-year old’s team. I’d been an indifferent baseball player in my youth but had never played soccer. Four years later, after numerous coaching clinics and two Georgia state championships, I quit my corporate VP position and got a job coaching college soccer. I’ve been doing it ever since (18 years.) 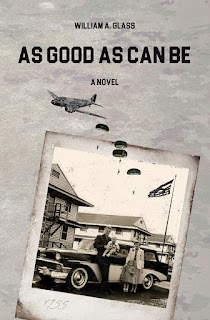 ‘As Good As Can Be’ is a novel about the wayward son of an alcoholic army officer. As his dysfunctional family moves from one military base to the next, Dave Knight develops a give-a-damn attitude that goes well with his ironic sense of humor. In high school he joins other delinquents in a series of escapades, some dangerous, others funny, and a few that would be worthy of jail time should the troublemakers be caught.

After barely graduating Dave gets drafted into the army and sent to guard a nuclear weapons depot in Korea. There he runs afoul of his sergeant and must scramble to avoid dishonorable discharge.

‘As Good As Can Be’ draws on the author's experiences growing up in an out-of-control military family during the 1950's and his own military experience. 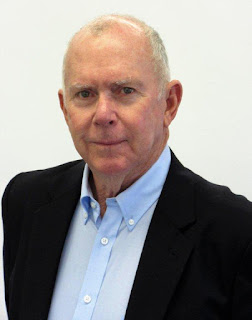 William A. Glass, formerly a VP at Gallup, now coaches soccer at a small college in South Carolina and writes. He lives with wife, Bettina, who is a high school German teacher. They have three sons who have all moved away to pursue careers.

Email ThisBlogThis!Share to TwitterShare to FacebookShare to Pinterest
Labels: William A. Glass