This post is part of a virtual book tour organized by Goddess Fish Promotions. John Meyer will be awarding a $25 Amazon or Barnes and Noble GC to a randomly drawn winner via rafflecopter during the tour. Click on the tour banner to see the other stops on the tour.

Share 5 things we'd probably never guess about you. They can be fun, interesting, edifying, or even embarrassing.

Hmmm, well, I guess I'll just list five things and you can decide which ones are fun, interesting, edifying, or embarrassing (or some combination of the above).

1. After my 22 day Camino walk across Spain, I wasn't ready to give up the nomadic life! Before my trip, I had moved out of my downtown condo, sold much of my furniture, and had placed all my remaining possessions into a large storage unit. I delayed any future decision-making and assumed I would look for a new place to live upon my return.

But that didn't happen...

After living for a month with everything I needed on my back, the last thing I wanted to do was buy new furniture again and set up shop. So I continued my nomadic life inside Toronto... for 2.5 more years! I just signed up for Airbnb rentals: a month here, a week there, a long weekend over here. Over the course of two years, I stayed in over 30 houses, apartments, condos, and basement suites! I only succumbed to living in an apartment again because I needed a "permanent" residence for my publishing address. But I made sure I lived close to a big city park...

2. Since the age of 22, I stopped celebrating my birthday. Now I, of course, acknowledge it and plan something fun that day—but it's nothing like an official party. And all of my friends have (over time) forgotten the exact date. They know I'm a Gemini... but that's about it.

I just started to hate those parties. I hated the attention; the unwanted stress of hosting them; and the silly need to make sure everyone else had a good time. My family thinks I'm selfish for ending them, but that's okay.

However, I've now enjoyed many memorable "secret" birthdays. And I'm usually out of the city! On that special day, I've visited London, New York City, Los Angeles, Chicago, Boston, Quebec City, Halifax, and St. John's, or I've made a longer trip out of the occasion and traveled across Ireland, Italy, Croatia, and Scandinavia. And when I approached 30, I spent 6 weeks in Europe. And three years ago, I walked the Camino in Spain so I could research my new book!

3. I often travel alone (especially in Europe and often on my birthday) but I never get lonely. And that's because there are two tricks I use that can often trigger people to join me in conversation.

1) I never go to a restaurant or bar without my journal. It's not a gimmick because whether I'm working on a book or not, I still like to write down the details of my day so I don't forget the names of people who I've met or places I have been. And eventually—and sometimes quickly—someone will wander over and ask what I'm writing. It drives them nuts. "Who is this guy who's ignoring everyone and seems so content jotting things down in his journal? Is he a writer? A food critic? I have to find out!" Then they meet me and soon we're new friends and I have someone to entertain me the rest of the night.

2) The other trick is to carry a bottle of red wine in your bag. You open up that bottle on a train or in a park and people want to join you for a drink. Especially the friendly people of Europe! They love socializing whenever and where ever they can!

Can I count that as two things? Well, I am, because I'm reaching the end of my word count limit...

4 (or 5, by my count). My guilty TV pleasure is watching The Bachelor. It all started one Monday night a few years ago while I was folding laundry. "I need something brainless to pass the time." That's when I discovered it. "Twenty-five beautiful women competing for one guy? And there's drinking? And they say outrageous things behind each other's backs? I'm in!" It is the water cooler in my office (I also write the TV show, Entertainment Tonight Canada). Men and women alike watch this show and we discuss it enthusiastically every Tuesday morning. It's sad (to a degree), it's pointless, and nobody cares who wins. We just want the drama! I hate myself sometimes, but there you go. I'm part of Bachelor Nation. (I guess this last confession can be definitely filed under embarrassing...)

John Meyer's "Shadows, Shells, and Spain" is a thrilling new adventure where a husband desperately searches for his missing wife along the ancient Camino trail across northern Spain. It’s also a bold, new take on a modern-day pilgrimage that feeds the mind and soul of every character while testing the limits of their bodies... and their comfort zones.

The only nugget of information I ever received, however, was from her mother during a particularly frustrating phone conversation in early October.

“I’m going to ask you again: where did she go?”

“I haven’t the foggiest.”

“You must know something. She tells you everything.”

“Well, maybe she doesn’t automatically tell you everything. But somehow you nag it out of her.”

“Where is she? Her work doesn’t know. Our friends don’t know. Even if you don’t know everything, Pam must have given you a clue at some point; you talked to her every day.”

“Not since we separated in the summer and she moved into the guest room.”

“Was it Bora Bora? She always wanted to go to Bora Bora.”

“Santorini? Was it Santorini?”

“You’ll have to ask her! When you get to Mallorca!”

Her mother hung up. I fought with her for days over the phone and outside the door of her house (she wouldn’t let me in) about Pam’s whereabouts. She had conceded the island of Mallorca but wouldn’t reveal anything more. Pam was on the move and didn’t want to be disturbed. 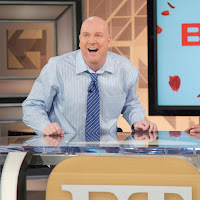 John Meyer writes fictional travel memoirs—unique adventure stories that combine fun facts of history with present-day drama and humor—always revolving around a fictitious love story and always based on his own thrilling journeys. His previous publication, Bullets, Butterflies, and Italy, was selected as a November Best Book by Chatelaine magazine. Meyer is also the studio writer for Entertainment Tonight Canada and has been ever since the popular daily show launched back in 2005.

Buy the books at Amazon or Barnes and Noble.