This post is part of a virtual book tour organized by Goddess Fish Promotions. Belinda Austin will be awarding a $10 or B/N GC to a randomly drawn winner via rafflecopter during the tour. Click on the tour banner to see the other stops on the tour. 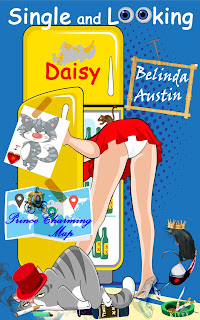 Daisy will turn 40 in eleven months and has never married. Her family figures Daisy is a loser because she is still in college trying to avoid paying off her student loans which have amassed over 22 years of a miseducation. And all Daisy has is a cat to keep her company. To make the crises worse, her cat begins talking to Daisy, when she is sober! The mess of Daisy's life is even kookier because the cat is cursing and smoking now and drinking more alcoholic beverages. Mm, there must be a connection to all this flowing alcohol, which may explain the bubbly in Daisy's brain. Her sisters and mother insist on setting Daisy up on six blind dates and all the men are named after liquor.

A heartwarming, LOL book that will make you smile.

Alrighty then, Daisy would dive into the swamp of blind dating, feet first. She would trust her sisters to hunt down the right man for her, men vetted by referrals, five blind dates. From the lucky candidates, she would choose which man was right for her.

Daisy leaned back against the sofa with her eyes closed. The experience would be like The Bachelorette television show, starring her.

Daisy could see herself arriving in a white stretch limo wearing movie-star sunglasses.

She waves her hand at the crowds lined with encouraging posters.

WE LOVE YOU DAISY!

She climbs out of the limo, wearing a white fur coat and walking as if she owns the world.

Two yummy tuxedo-dressed men swing open the doors for her.

She smiles with sparkling-diamond teeth as each doorman kisses a hand.

There stand five hunky handsome men, each with a rose twirling in his hand.

She spins to the camera, showing a flash of panty and making the men swoon.

Daisy winks at the camera. “You’re in for some steamy hot tub moments this season so don’t change the channel. I may seem like a lunatic talking to my cat, but I’m not crazy. Trust me.”

She drops the fur coat exposing the strait jacket she’s wearing until Shakespeare stuck his rear in her face, tail up. “Scratch my butt, won’t you Daisy? There’s a good girl; I can’t reach that spot.” 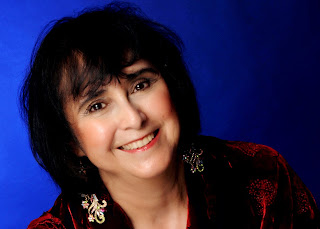 Belinda Austin writes Women's Fiction, Romanic Comedy, Humor, Psychological Thrillers and Suspense. She has a degree in Applied Mathematics and once worked as a Software Engineer. She was born in the Los Angeles Area and is an award-winning author. She is a Zumbaholic.

She has occasionally dreamt or her cat, Shakespeare, talking to her in English. She once had a cat named Whiskey who used to sit like a human in a chair for half an hour or more with an empty beer can on his head, which proves that life often emulates fiction.

https://www.amazon.com/Single-Looking-Daisy-Secret-Sisters-ebook/dp/B07DBB89FM/ref=sr_1_1 The book is now available in ebook, print, and audiobook formats.