The Half Breed by Bobbi Smith

This post is part of a virtual book tour organized by Goddess Fish Promotions. Bobbi Smith will be awarding a $10 Amazon or B/N GC to a randomly drawn winner via rafflecopter during the tour. Click on the tour banner to see the other stops on the tour.

1. I had a career in retail before I started writing. I went to a teacher’s college for two years. My sister was already teaching grade school, but when a kid showed up in her class with a gun, I changed majors. :-) I got a business degree and worked for a major department store chain for several years. I was the first female department manager in a hardlines department. :-) Looking back, I’m very glad I got that business degree because it really helped me career-wise. You can write a good book, but you also have to sell it. I have so much fun doing author tours. It’s great to get out and meet the booksellers and the readers.

2. I love New York City! New York is a wonderful place. The first time I went was for a Romantic Times conference back in the eighties. I am still amazed that so many people can live so close together and get along. I didn’t know anyone at the conference and I’d never flown before, so looking back, that was pretty daring of me, but it was definitely worth it.

3. I’ve been with my agent for over 30 years now. Thank heaven for Evan (Marshall)! (I didn’t know I was a poet, too. :-)) I don’t know if I would be as successful as I am fortunate to be if it hadn’t been for him. So, to all you aspiring writers out there, be sure to find an agent you can work with, one who will listen to you, and one who will guide you in the right direction.

4. I’m sure you can guess this one—I love the Wild West. It’s breathtakingly beautiful and I love setting my stories there. From the desert near Phoenix to the snowy mountains in Wyoming, it’s amazing. The Superstition Mountains in Arizona have inspired several of my books. I was a huge Bonanza fan growing up, and one of my biggest thrills was getting to tour the Ponderosa out near Reno. And Texas is wonderful!

5. My favorite books growing up were Box Car Children series. I’m so glad to see that it’s still popular with young readers. As for the book that inspired my writing career, that was The Flame and The Flower by Kathleen Woodiwiss. It was one of the first historical romances to be published, and I stayed up until 3 a.m. to finish it. (I had a toddler at the time, so I was a little tired the following day!) Currently, I love reading Julie Garwood and Suzanne Brockman. They write some awesome stories with great heroes! 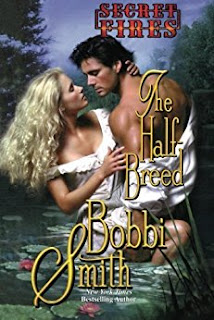 In the midst of the vast, windswept Texas plains stands a ranch wrested from the wilderness with blood, sweat and tears. It is the shining legacy of Thomas McBride to his five living heirs. But along with the fertile acres and herds of cattle, each will inherit a history of scandal, lies and hidden desire that threatens to burn out of control.

Chase knows he has no legitimate claim to the Circle M. After all, his father made it painfully clear he wants nothing to do with his bastard son or the Comanche girl he once took to his bed. But Chase has his own reasons for answering Tom McBride's deathbed summons. He has a job to do as a Texas Ranger, and a woman to protect—a woman whose sweet innocence gives him new faith that love born in the darkest night can face the dawn of all his tomorrows.

Chase was ready for trouble and trouble was exactly what he got when he snared the would-be horse thief around the waist. The thief put up a fierce struggle, but only when Chase heard the scream did he realize he was dealing with a woman!

Fighting with all her strength, it took Faith a moment to realize he’d spoken English. Only when she was slammed back against the solid, hard-muscled width of his chest and held pinned there, did she become aware that this was no ordinary renegade.

“Damn it woman! I said hold still!” Chase ground out, wondering how this golden-haired wildcat of a woman had ended up in his camp trying to steal his horse in the middle of the night.

He looked down at her as she finally stilled in his arms. Only now did he notice that her blouse was torn and her pale flesh was bared to his gaze. She was filthy and there were bruises evident upon her flesh. They were a silent testimony to abuse she’d suffered. He wondered who she was and what had happened to bring her to him. 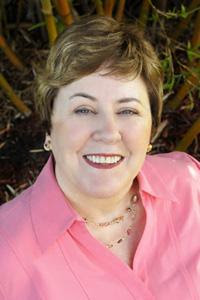 After working as a department manager for Famous-Barr, and briefly as a clerk at a bookstore, Bobbi Smith gave up on career security and began writing. She sold her first book to Zebra in 1982.

Since then, Bobbi has written over 40 books and 6 novellas. To date, there are more than five million of her novels in print. She has been awarded the prestigious Romantic Times Storyteller of the Year Award and two Career Achievement Awards. Her books have appeared on numerous bestseller lists.

When she's not working on her novels, she is frequently a guest speaker for writer's groups. Bobbi is mother of two sons and resides in St. Charles, Missouri with her husband and three dogs.