This post is part of a virtual book tour organized by Goddess Fish Promotions. CB Samet will be awarding a $20 Amazon or Barnes and Noble GC to a randomly drawn winner via rafflecopter during the tour. Click on the tour banner to see the other stops on the tour.

I write in several genres, but I write one theme: “She needed a hero, so she became one” (Robin Reed). I write strong female characters who overcome life’s obstacles whether that is stopping biomedical warfare (Whyte Knight), tracking a nuclear weapon (Gray Horizon), taking on a dubious private security titan (The Rider Files), or battling an ancient evil (The Avant Champion).

I’m drawn to stories where characters face daunting conflict and emerge better for it. I want action, adventure, conflict, and suspense. When all of that is done, I want a happy ending.

For my latest thriller, Gray Horizon, a great deal of research revolved around a nuclear theat. What key government (US and international) figures would be involved in the event of a stolen nuclear weapon? How small is the smallest nuke and what would the blast radius and damage be? How does satellite surveillance work?

I learned that redemption is possible, no matter how bleak the outlook.

I handwrite my books first. I’m not sure if this is a right-brain quirk, but I generate more ideas as I write hand-to-paper rather than fingers-to-keyboard.

Oh, bit-o-both. I plot but it is mostly a general outline, and then I begin filling in the scenes. I may stop to plot more in between scenes as I better visualize the story arc.

Book 4 of The Rider Files is in the works. Book 2 of the series won honorable mention in romantic suspense in the Readers’ Favorite Award this year. Each novel in the series is a standalone, but the four book series also has a story arc. I’m already thinking about Book 5 which will start a whole new story arc.

What are your reading New Year’s resolutions? 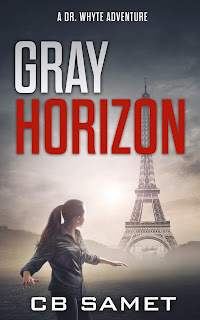 Sworn enemies. A stolen nuclear weapon. And the clock's ticking.

When Dr. Lillian Whyte learns a nuclear weapon is on the loose in Europe, she collides with a ruthless mercenary from her past. Isolated from her husband, a former CIA operative, Lillian tries to covertly help track the weapon. As she he joins the race to stop the bomb, she is drawn into a deadly game of chase. Despite her efforts, those intent on global catastrophe remain one step ahead of her.

As Lillian faces the fears of her past and deadliness of the present, can she secure the future of the world?

Her blood turned frigid and her stomach lurched as her heart thudded against her ribcage. As long as she lived, she would never forget that deep German accent—the voice of one of her captors nine years ago in Kenya.

The one that got away.

She was fairly certain Ivan Kleist would have only one reason for tracking her down: revenge.

Springing from the bench seat, she lashed a leg out into his gut. She saw a brief look of surprise on his pale face before she took off in a sprint.

Why now? Nine years he had waited.

The calculating killer had waited until she was out of the United States and away from Sean to corner her. She dashed in the direction of her hotel. Would she be safe in the lobby? In her room?

She slung her purse over her shoulder. Her phone was in the outer pocket, but she would have to slow down to make a call. Not happening. She would not slow until she reached the hotel.

Could she beat him to the hotel? His legs were longer, but she was ten years younger. But he probably hadn’t already logged twenty-six thousand steps for the day, as she had.

From her peripheral vision, Lillian saw an enormous object barreling toward her like a freight train. She barely had time to brace herself before Ivan plowed into her. She felt like she had been tackled by a linebacker. His large arms encircled her as she sailed to the ground. They rolled through the grass, her body encased by his.

He was so large he could probably crush the life out of her with his arms. She gasped for air. He wasn’t crushing her, but his grip was immobilizing.

Grunting, he hauled her to her feet. “Settle down, hase. Little white rabbit.”

Lillian, still dazed and sucking wind after her sprint, hardly put up a fight as he dragged her into an alley. Looking around frantically, her eyes couldn’t focus long enough to see anyone within shouting distance. She clawed at his large hand blocking her mouth from screaming. 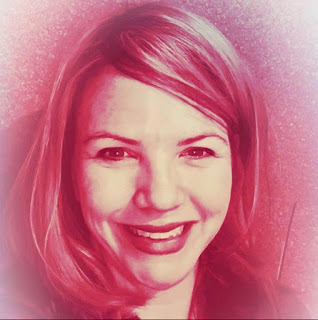 Christina is a practicing physician, mother of two boys and a terrier, and wife to a caring and supportive husband.

“I grew up reading Tom Clancy, Michael Crichton, and the Bourne books. I write seeking to create that level of action and intrigue but with female heroines. I love the quote, ‘She needed a hero. So she became one.’ My novels have empowered women overcoming powerful obstacles and the strong men who support them.”