The Company of Demons by Michael Jordan

This post is part of a virtual book tour organized by Goddess Fish Promotions. Michael Jordan will be awarding a $50 Amazon/BN GC to one randomly drawn winner and an audio copy of “The Company of Demons” to 10 randomly drawn winners (this prize is US/Canada only) via rafflecopter. Click on the tour banner to see the other stops on the tour.

I enjoy thrillers because we can inhabit someone else’s world—one that is far more exciting, challenging, and threatening than anything we would want to encounter in real life.

If you write a novel like mine, which is based on real-world events, it is important to research and accurately convey what did transpire. I also scoured contemporaneous newspapers and magazines to understand what was happening in the world at the time of the historical incident that forms the basis for my story.

Name one thing you learned from your hero/heroine. Forgiveness is often something that must be earned.

No—my technique is to apply posterior to chair and go to work.

Are you a plotter or pantser? Generally, a plotter, but sometimes a twist pops up out of the blue and it is pantser time!

My office window with a view of the Gulf of Mexico.

Yes. I’m now revising a WWII thriller set during the final stages of the war.

What about The Company of Demons made you decide to read it? 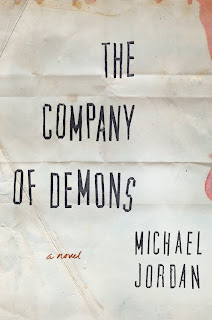 The brutal murder of a friend leaves lawyer John Coleman stunned and sends shock waves through the city of Cleveland. The technique of the killing recalls memories of the Torso Murderer, who dismembered at least twelve people decades ago and vanished--eluding even the legendary Eliot Ness. Jennifer, the victim's beautiful daughter, hires John to handle her father's estate, and romantic feelings for her soon complicate his already troubled marriage. When John finds himself entangled with a cold-blooded biker gang, an ex-cop with a fuzzy past, and the drug-addicted son of the dead man, he struggles to make sense of it all. But he cannot escape a growing sense of dread.

A deep breath helped to calm me. Oyster’s death had brought an ugly past alive. Just as I’d been assuring everyone, though, there was nothing wrong. My main task for the day was to pick Molly up after school and hope that she wouldn’t be too disappointed when she learned that we wouldn’t be visiting the skateboard park. We would head straight home for a quiet, uneventful spaghetti dinner. Cathy would have polished and set the oaken table. We would talk of things other than serial killers. She would remind me of her upcoming birthday dinner, with her sister and brother-in-law. Her parents would stare down at us from faded color photographs arranged in thin wooden frames on checkered blue-and-white wallpaper. There were photographs of my mom, too, with her tight-lipped smile.

One photo of my father, handsome in a blue uniform, hung on the wall. Whenever Cathy said grace, my eyes would wander to the particular picture, and I would recall games of catch, walleye fishing on the lake, our hikes through the Metroparks. We’d wander the trails there most Saturday mornings, just my dad and me. Afterward, he’d take me to Pete’s Hotdogs on Lorain, and we’d gorge on dogs stuffed into steamed buns and topped with local Stadium mustard and greasy fried onions. Those were the memories I’d try to focus on.

But I could never, ever block out the rest. 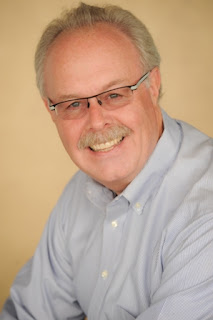 Michael Jordan obtained his undergraduate degree from Ohio Wesleyan University, with highest honors, and his law degree from George Washington University, where he was a member of the Law Review. A trial lawyer and arbitrator for over three decades, he has been recognized as an Ohio Super Lawyer and named to Best Lawyers in America. A member of the International Association of Crime Writers, The Company of Demons is his first novel.

An avid traveler, Michael has climbed Mt. Fuji, swam in The Devil’s Pool on the cusp of Victoria Falls, trekked a glacier in Patagonia, and visited numerous other countries. Yes—an international thriller lies in the future! He has also acted in several theatrical productions and his experience on stage is helpful in creating characters for his novels. He is currently working on his next book, a thriller set during the closing stages of WWII.