Virtual Book Tour and Giveaway: The King Must Die by N. Gemini Sasson

Today we're welcoming author N. Gemini Sasson to the blog on her tour with Goddess Fish Promotions for her historical fiction novel, The King Must Die. Like Braveheart and its time period? Then you MUST pick up the author's books, Isabeau and The King Must Die. I have them on my Nook and can't wait to finish reading them!

The author will award a $25 Amazon GC to one randomly drawn commenter during the tour. So comment today AND follow her tour (if you click on the banner over there on the left, it'll take you to a list of her tour stops) -- the more you read and comment, the better your odds of winning. You could be introduced to a great new author AND win a GC!

She was gracious enough to let me grill her about writing (and a few other things). Take it away...

What attracts you to this genre?

I can only say that I have this inexplicable attraction to castles. I’m sure it’s a genetic thing. Other than that, travelling to a different time provides an escape from this crazy modern life full of technical gadgets and a sometimes frenzied pace. Times back then were simpler in many ways, more rigid in terms of expectations and choices, but also incredibly tough.

What kind of research have you done to make sure you get the little things right? What do you use to help you?

Since I’ve been writing in the same time period for several books, the research is cumulative. I have a couple dozen biographies of historical figures from the era, and also books on everything from churches and abbeys, to clothing, armor and weapons, castles, daily life, food . . . If I’m not careful, I can fitter away hours looking things up. Whenever I can find authentic details, like what Edward III wore on his coronation day, I incorporate those into a scene. The history books and biographies give me the bones for the story; the other books help flesh out the details, so that the reader has no doubt they’re in the Middle Ages.

Do you have any odd writing habits or superstitions? If so, what?

I can’t write if someone is staring over my shoulder (I was the same way taking tests in school), but I write with a CD of Florence and the Machine playing in a continuous loop, a TV on my desk, a view to my garden, two or more dogs underfoot and a fish tank gurgling behind me.

I can only imagine the copious amounts of notes you must have for this book (and the others in the series). I normally ask "plotter or pantser", but I can't believe you'd be able to "pants" your way through a book like this. Can you? Tell us a bit about how this book went from idea to print.

Ah, but there are parts where I just wing it! History may provide a framework of events, but as a novelist I have to bridge the gaps in between and get inside the characters’ heads. So some days I just sit down and ask myself, “How am I going to get them from here to there?” Those scenes where the character undergoes an internal transformation are only loosely planned. My chapter outlines are sometimes no more than two sentences each. The really detailed ones might be a whole two paragraphs. That way I can allow the characters the freedom to take the story where they will. I’m just the chimpanzee at the keyboard, recording their thoughts for them.

The King Must Die started out as a spin-off of The Bruce Trilogy, in a way. I kept coming across Isabella’s name as I was researching her husband, Edward II, and since her life was so intriguing, I started collecting research material. So while my agent was peddling my other books, I kept working on her story. Over time it grew into two books: Isabeau, A Novel of Queen Isabella and Sir Roger Mortimer (the prequel), and The King Must Die. It took years to complete them both, because in between I kept taking time out to rewrite other books.

Tell us one strange or funny thing about you that we may not believe and wouldn't ever guess.

Hmm, funny or strange, no. Peculiar, maybe. I have recently become a hoarder of tropical fish. I started off by asking on Facebook if anyone had a spare tank they were willing to part with. A friend gave me two and now I have four and it’s only been six months. Every week, I spend hours staring at my fish, taking care of them and reading about fish on the internet. It’s very therapeutic. I got my daughter hooked, too, so now I’m not the only fish-aholic in the family.

What's coming up next for you?

I’m finally leaping ahead to the early 15th century. My next novel will be about the last Welsh prince of Wales, Owain Glyndwr. While there are many similarities between his life and that of Robert the Bruce, King of Scots (who features in my Bruce Trilogy books), Glyndwr was initially very reluctant to take the lead in his country’s quest for freedom. I don’t have a title for it yet, but that should be my next book out – that is if I don’t get distracted by a recent morsel I dug up in my family tree: that one of my Scottish ancestors died at the Battle of Flodden Field in 1513.

Do you have any questions for our readers?

Yes, what novel left the deepest, most lasting impression on you and why? (Please keep your essays to less than 500 words. You have fifty minutes, starting … now.) 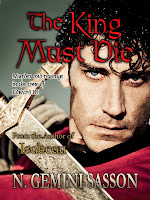 What is done cannot be undone.

England, 1326. Edward II has been dethroned. Queen Isabella and her lover, Sir Roger Mortimer, are at the pinnacle of their power.

Fated to rule, Isabella’s son becomes King Edward III at the callow age of fourteen. Young Edward, however, must bide his time as the loyal son until he can break the shackles of his minority and dissolve the regency council which dictates his every action.

When the former king is found mysteriously dead in his cell, the truth becomes obscured and Isabella can no longer trust her own memory . . . or confide in those closest to her. Meanwhile, she struggles to keep her beloved Mortimer at her side and gain yet another crown—France’s—for the son who no longer trusts her.

Amidst a maelstrom of shifting loyalties, accusations of murder propel England to the brink of civil war.

In the sequel to Isabeau, secrecy and treason, conspiracy and revenge once again overtake England. The future rests in the hands of a mother and son whose bonds have reached a breaking point. 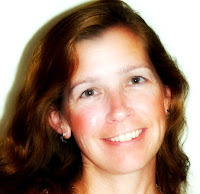