There are a lot of things most folks don’t know about me. Some are more interesting than others, but you’ll have to be the judge of that. Narrowing it down to five I’m willing to admit is a bit trickier. Here goes:

1. I used to run crazy marathon and ½ marathon races, but the craziest races I ever ran were Dances with Dirt, a 100 k (yes that’s over 62 miles!) 5 person relay race through hilly, through-the-backwoods trails and just plain off trail (called looking in tree branches for orange flag ‘trail’ markers) and all in Hell, MI. Have you run through Hell recently? I actually handed off a baton in the middle of a river! What a blast, despite the poison ivy! I also ran the Bigfoot 6k Snowshoe race in Traverse City, MI. Oh yeah, fun times. This cold weather runner has slowed down a LOT since moving to the Sonoran desert where it can get up to 117 degrees.

2. I backpacked the West Highland Way, near 100 miles of mountain trekking in under a week through the beautiful highlands of Scotland, from one B&B to the next. Best vacation EVER! Can you say shaggy, ginormous highland cattle, just lazing around the mountainside beside ancient ruins, along ancient Roman roads, or one-stepping sideways on a narrow ledge above a roaring river, or rain and winds so hard they threaten to whip you off the trail to the ravine below, or…yup, best vacation ever!

3. Years ago when my kids were in 4-H, I was the president of a rabbit and cavy club, and we owned over 120 ‘show’ rabbits, chinchillas, peacocks, chickens, ornamental pheasants, pygmy goats, hamsters, dogs, and roller pigeons. Yes, we composted and my garden had great fertilizer. I am now owned by only 1 little Maltese.

4. I used to own a bakery and spent my days decorating wedding and other special occasion cakes. Now I do oil painting and sculpt clay.

5. And the last thing I am willing to tell you about me that you may not know is that I read tarot cards. I have done so for around 35 years and used to spend a lot of time helping fellow writers brainstorm plots and character development, often in our hotel room (aka the bar) in the evenings at writing conferences or retreats, or girls weekend sleepovers with my critique club, pals from our RWA group.

So there you have it. Did you already know any of those things? 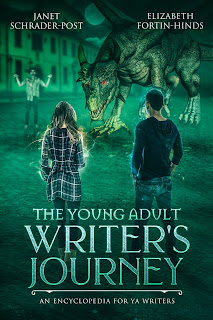 Finally, an all-inclusive book on young adult fiction must-do, don’t do and how-to. If you want to write a young adult novel, you need to read this book first. Coauthored by an award-winning YA author and an acquisitions editor, both experts on kids and what they like to read, this encyclopedia contains all you need to start or improve a career as a YA fiction author.

From an examination of the market, genre and its sub-genres, to mechanics and the business, everything is at your fingertips. This amazing writer’s resource is written in a relaxed and interesting style, with plenty of contemporary references and examples for clear understanding and easier application.

Joseph Campbell was a professor of literature at Sarah Lawrence College, where he worked in comparative mythology and religious studies. He was strongly influenced by Carl Jung's view of myth. In his 1949 work The Hero with a Thousand Faces, Campbell described the basic mythic structure as follows:

A hero ventures forth from the world of common day into a region of supernatural wonder: fabulous forces are there encountered, and a decisive victory is won: the hero comes back from this mysterious adventure with the power to bestow boons on his fellow man. (Campbell, Joseph (1949). The Hero with a Thousand Faces.

His iconic classic deconstructs universal story patterns. In his study of the myth of the hero, Campbell posits the existence of a Monomyth (a word he borrowed from James Joyce), a universal pattern, structure, found in heroic tales in every culture. While outlining the basic stages of this mythic cycle, he also explores common variations in the hero’s journey, which, he argues, is an operative metaphor, not only for an individual, but for a culture as well. Although the stories may vary to suit the needs and beliefs of a specific culture, the underlying universal archetypes remain.

Christopher Vogler used this hero’s journey to write, The Writers Journey: Mythic Structure for Writers. He simplified Campbell’s 17 steps into 12, handy in today’s 12-step minded society. What he did that was fantastic is make it more accessible for modern writers, who are not always scholars. There are several similar editions, including one for screenwriters. Women like Maureen Murdock have written books specifically about The Heroine’s Journey. Although the steps may vary, the universal pattern, used in a novel or screenplay, creates a story with themes that resonate across cultures. It is so powerful, creating hit after hit, that it was required reading for Disney executives, a company that knows the importance of creating a hero’s journey to appeal to mass audiences. Using this pattern to construct books in Young Adult novels provides the reader with a satisfying experience.

To illustrate the hero’s journey, it’s easier to understand in the context of a classic young adult book/movie, such as Harry Potter, already used to illustrate points throughout this book. It will be broken down for you according to the different stages in The Hero’s Journey, with particular attention to how the journey relates to a YA hero/heroine, the focus of this entire book. Following are some things you need to think of before you sit down to write your first scene.

Daughter of a Colonel, Janet Schrader-Post lived the military life until she got out of high school. She lived in Hawaii and worked as a polo groom for fifteen years, then moved to Florida where she became a reporter. For ten years she covered kids in high school and middle school. Kids as athletes, kids doing amazing things no matter how hard their circumstances. It impressed her, and it awed her. “How wonderful teens are. They have spirit and courage in the face of the roughest time of their lives. High school is a war zone. Between dodging bullies, school work and after school activities, teens nowadays have a lot on their plate. I wrote stories about them and I photographed them. My goal was to see every kid in their local newspaper before they graduated.”

Janet love kids and horses, and she paints and writes. Now she lives in the swampland of Florida with too many dogs and her fifteen-year-old granddaughter. She started to write young adult fiction with the help of her son, Gabe Thompson, who teaches middle school. Together they have written a number of award-winning YA novels in both science fiction and fantasy. 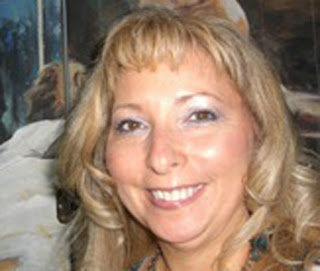 Elizabeth Fortin-Hinds knows kids well. She spent decades teaching teens and adults to write and improve their reading skills. As a literacy expert and certified coach, she helped both teachers from elementary to secondary and preservice graduate students learn to improve reading and writing instruction. She has taught at both the secondary and graduate level, everything from rhetoric, essays, and thesis statements, to poetry, short stories, and how to write a novel. She has learned to use both sides of her brain simultaneously, but enjoys the creative side the most, learning to play piano, draw and paint, and find time for her own writing since retiring from her “day” jobs.

A “true believer” in Joseph Campbell’s The Hero with a Thousand Faces, mythic structures, she uses that lens when considering manuscripts for Tell-Tale Publishing Group, a company she founded with some friends from her critique group a decade ago.

We are a small press, a traditional publishing company bringing you the best in E-books, print and audio books to feed your body, mind and spirit. Our cutting-edge fiction includes old favorites and edgy speculative fiction for today's eclectic readers. Our stories will grab your attention and take you on a fast, exciting ride that will leave you breathless. WW, our affiliate, publishes select literature under our Cosmos Imprint and nonfiction titles under our Ivy Tower Imprint.

Founded in 2009, in Michigan's Lower Peninsula. Our company motto of "excellence in creative entertainment and learning, " informs our artwork, manuscript selection, editing and publishing.