Secrets of the In-Group by Carolyn Re and Loretta Re

This post is part of a virtual book tour organized by Goddess Fish Promotions. Carolyn Re and Loretta Re will be awarding a $10 Amazon or B/N GC to a randomly drawn winner via rafflecopter during the tour. Click on the tour banner to see the other stops on the tour.

Welcome to It’s Raining Books. Why do you write in your genre? What draws you to it?

Contemporary Fiction can show women in all their marvelous complexity and we wanted to reflect our own stories and life in Australia. We felt that older women’s stories should be told by women in that age group, and we wanted to make their stories relatable to readers in all age groups. The desire for friends and romance continues throughout life, but if you’re not working and your children have left home, how do you meet new people and keep up with the times?

Two lifetimes of experience helps! But we needed to do quite a lot of research on social media as neither of us is on Facebook (can you believe that?) nor Pinterest nor so many online activities our characters had to master. For example, Denise buys and sells Japanese netsuke ornaments on eBay, and Neelam makes cooking vlogs. The novel is set in Carolyn’s home town of Albury, in Australia, so that gave her the opportunity to explore it like a visitor and see it through new eyes.

Name one thing you learned from your hero/heroine

Most of the women inspired us in their own way, but Kate was such a positive person with her can-do attitude, that we hope it’s rubbing off on us. She showed that it’s always possible to create new paths in life, find new friends and be a catalyst for change. Her enthusiasm for setting up a wedding planner business was infectious, as was her ability to encourage or cajole the other women into living their best lives.

Not so much quirks as goal-setting. If you already have discipline from one field of work, it’s not too hard to transfer it to another. Thinking of your writing as a regular job helps with that. Carolyn’s whippet, Ziggy was like her life coach as she decided that once she’d taken him for his morning walk, she’d sit at her desk and write. Ziggy never let her shirk the walk and so became the trigger for a great habit.

We love plotting, and being able to discuss the various twists and turns with each other was a great help. Writing a book like this is similar to doing a jigsaw puzzle where all the plots and adventures have to come together to create a coherent whole. We don’t feel that the pantser approach would work for us.

Look to your right—what’s sitting there?

Carolyn has bookshelves stashed with dictionaries, a thesaurus, an old set of Encyclopaedia Britannica and Arthur Mees’s children’s encyclopaedia, all of which have now been made redundant by the Internet! But she can’t bear to turf them. Loretta lives in Sydney, so the view on her right shows glimpses of Sydney Harbour Bridge and the water. Quite inspiring.

Some readers told us they’ve grown fond of our characters and want more stories about them, which appeals to us, so that’s a possibility. We also enjoyed the crime and investigative elements in this novel, so we’re toying with the idea of writing a crime thriller.

Do you have any question for our readers?

There was much debate between ourselves, our two editors and some of our early readers as to whether we needed the last chapter or not. What do you think? 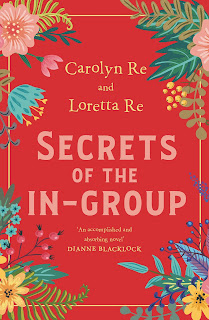 A small town. A world wide web. Is the net really a friend?
What do you do when the children have flown the nest and you have time on your hands?

Six women in the Australian riverside city of Albury realise that, without social media skills, they’re staring irrelevancy in the face. Their book club won’t cut it any more. It’s time to go virtual.

But their decision to plunge into the on-line world brings shocking revelations and unexpected outcomes. Friendships, new and old, are tested and their lives teeter on the edge of collapse. They must navigate a path through the chaos. But who exactly can they trust?

[Denise has sent off a valuable package she sold on Ebay. She’s waiting anxiously for payment from Nancy, her regular customer in the US.]

—Now the panic was rising to a crescendo again. Logging into her bank account for the tenth time in thirty minutes wasn’t going to make ten thousand dollars appear miraculously in her account, but it was all she could do. Each viewing made her heart pump harder. Could there be a delay because it involved so much money this time?

Two days later, and still no sign of the payment, she sent a frantic email.

Nancy, the money hasn’t arrived and I posted your package days ago. What’s happened?

A reply arrived the following day, but it wasn’t what she was expecting.

Dear friends, it read. Our dear Aunt Nancy is in hospital after suffering a stroke. The stress of her beloved mother’s death recently has played its part and the doctors can’t say how well she will recover, so we ask for your thoughts and prayers at this very sad time. Stacey (Nancy’s niece)

Denise stared in horror. Poor Nancy. But what a terrible time for this to happen. It would surely delay the money being forwarded. Denise’s heartburn became a little worse.

She sent an email back to Stacey, saying how sorry she was to hear the news and how she hoped for Nancy’s full recovery, but received no update. She waited a few days before sending another email to enquire about Nancy’s health, but rather than hearing from Stacey, she received a return message: 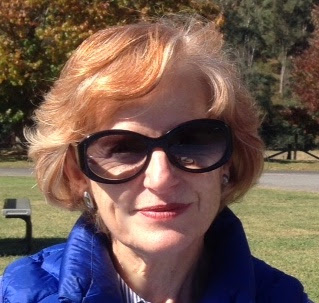 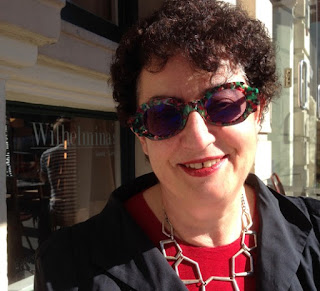 Carolyn Re worked for over twenty years as a general practitioner before turning to writing. No longer needing to produce serious medical and scientific articles, she's now writing contemporary fiction for older women. Carolyn lives in the regional city of Albury, New South Wales, with Ziggy the whippet and three contented chickens.

Loretta Re is a former lawyer who is now writing novels and screenplays. Her book for middle grade readers, Stand Up and Cheer, is a story inspired by the rescue of the Uiver DC2 over Albury during the 1934 Centenary Air Race. It was voted one of the best books for literacy and language development in 2015. Loretta lives in Sydney and is on the board of Writing NSW.