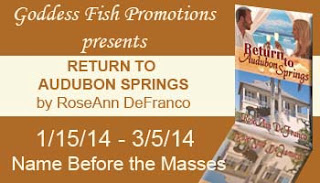 This post is part of a virtual book tour organized by Goddess Fish Promotions. One randomly drawn commenter will win a $25 Amazon gift card. Click on the tour banner to see the other stops on the tour.

Thank you for inviting me to It’s Raining Books today! Let’s dive in to some unusual, revealing, and most definitely embarrassing things I’d normally never reveal.

1. My Sixth degree of separation with Bob Hope.

I was born with a lazy eye and had corrective surgery at 10 months old by the same surgeon who performed eye surgery on Bob Hope. I’m sure that piece of information was a great comfort to my parents when their infant daughter went under the knife! The day after the surgery they arrived at the hospital to find their happy baby at the nurse’s station playing and giggling in a strait jacket! I wonder if that is when I first started to hear voices inside my head that would ultimately become characters in my stories.

2. I am a danger to myself and others when presented with a karaoke mic

My former creative pursuit was that of a career as a professional singer in the musical theatre world. I was no Lea Michele but I could hold my own, and even made a living singing at times. However, there is one night that will go down in infamy. I was out with my cousin Julie. We’d been bar hopping with some of her friends. Our last stop included a karaoke system. She encouraged me to sing while bragging to her friends that I was a great singer. I took my turn at the mic, but when I was done she was nowhere to be seen. Eventually I found her by the door with our coats. She wanted us to leave in a hurry because I was THAT bad. When I told my mom the story the following day, she didn’t believe there was “absolutely nothing redeemable” (according to Julie) about my performance. The only thing I knew for sure was I had a sprained ankle (Julie confirmed I fell off the platform at one point) and the karaoke DJ provided a cassette tape of the “performance.” Mom popped it into our player and sure enough…Julie’s assessment was spot on. Mom proceeded to destroy the evidence, but now I wish I had the audio to go with the fuzzy memory. I blame poor song choice on my pitchy performance!

3. I am afraid of animals who are not dogs or horses I’m just one of those people who is not naturally comfortable around animals who are not entirely domesticated. In fact, my daughter added “horses” to the header of this response because she loves them. I put up a good front around them for her! My hubs likes to tell the story of when we went snorkeling on our honeymoon. He is the complete nature man and a strong swimmer who knows how to snorkel. I am none of the above. We were in the ocean and he was diving down in the water and kept coming back to where I was floating in my life vest. At one point we were swimming, holding hands on the surface of the water, looking down at the BIG Ocean below. So peaceful and romantic – NOT! He spotted a sting ray and started to swim closer for a better look, but when he turned around to share the moment with me he was treated to the sight of my flippers flapping furiously in the opposite direction.

These were the first words out of my mouth after my daughter was born. It had taken me a long time to get pregnant and I was through waiting! When we checked out of the hospital, the nurse explained that because we were separate patients, we had to separate briefly when we exited the maternity area. I explained to her before doing so that this was MY baby, and this was the baby I was taking home. I showed her how our patient ID bracelets had matching numbers and assured her that I planned to match up those numbers before leaving the hospital. Because this was MY BABY! That poor woman. I wonder if I am a crazy post-partum story of hers or if a lot of women behave in a similar manner.

Years ago when my daughter was four I took her to New York to see Beauty and the Beast on Broadway. During intermission she was hungry and I knew I was one pack of goldfish crackers away from a meltdown. With my little sweetness on my hip, I went in search of snacks and saw a man in the lobby with a few children who were…yep, eating snacks! I approached him and right away could tell he didn’t want to be bothered. I, however, would not be deterred! My little was hungry, and I planned to enjoy Act II! I stood my ground, looked at the snack-eating children, and asked if he knew where I could find the snacks. Three quarters of the way through posing the question, I realized I was talking to Matt Lauer, but by then, I was too far in, and honestly, I was more worried about getting the snack! He pointed and said “upstairs.” I nodded and thanked him then walked away. To this day, I still say, he’s a news man, and he should know where to find the snacks!

Thank you again for hosting me today on this last stop of the Return to Audubon Springs Blog Tour. When initially posed with this question, I had to stop for a moment because I find myself highly UN-interesting. However after putting on my thinking cap, I realized much of my, uh…nuances are reflected in the Humorous Contemporary Romances I write. Thank you for the question and hospitality!

For anyone following the blog tour, don’t forget to enter the Rafflecopter Giveaway. I will be choosing the winner soon! 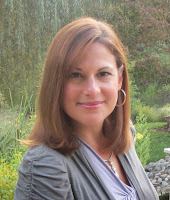 RoseAnn DeFranco grew up in upstate NY with her nose in a book and a song in her heart. Following the pursuit of a musical theatre career in NYC, she turned her creative energy to writing romance. RoseAnn blogs about her writing experiences with her critique partners at www.the violetfemmes.com. A NJ shore transplant, she enjoys time spent at the beach with her family. She would love to one day live in a quaint shore town like the fictional town Audubon Springs from her BROTHERS OF AUDUBON SPRINGS series. More information about these Contemporary Romantic Comedies can be found at www.radefranco.com.

When Emma Grant returns to her family's Audubon Springs beach house to fulfill the stipulations of her father's will, she has every intention of forcing her former lover out of the house for good. She's never fit into her wealthy family and would prefer avoiding her past, but with her brother threatening to reveal her young daughter, she has no choice.

Rafe Iuliano has other plans. The wealthy Grants tried to bribe him out of Emma's life years ago, but he's determined to prove once and for all that a master carpenter is worthy of Emma and the house.

Their ridiculous and steamy battle for the house reignites the love and passion that bloomed between them years ago. But when Rafe discovers she's kept their daughter a secret for two years, can he overcome anger and pride to claim his family and the love of his life, or will the deception drive a final wedge between them?

Buy the book at Goodreads or Amazon. a Rafflecopter giveaway
Posted by MJ Thomas at 5:42 AM