What's it To You by Judy Irwin - Review and Giveaway 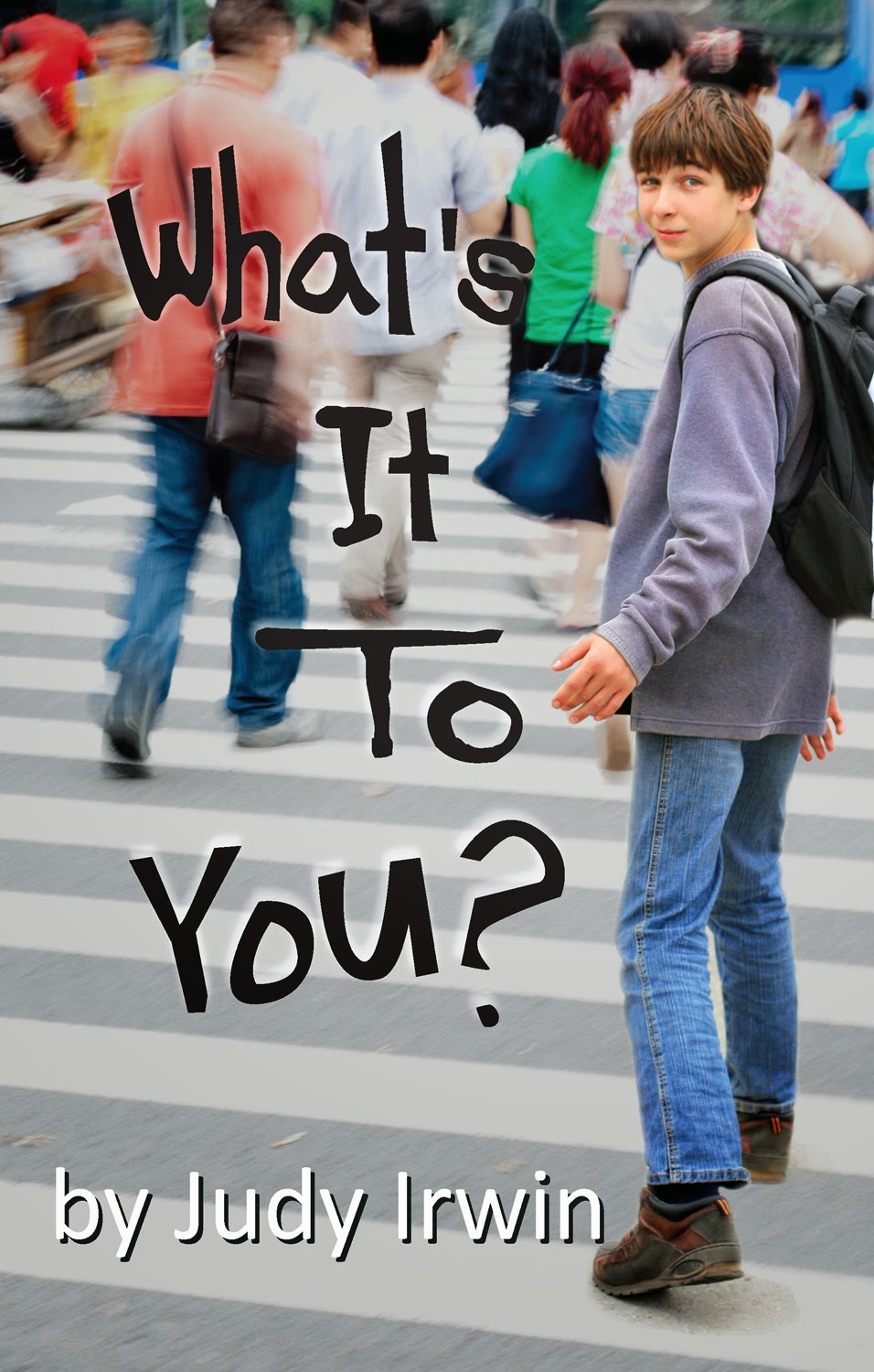 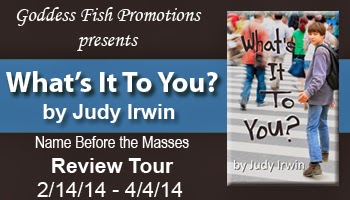 This review is in conjunction with a virtual book tour organized by Goddess Fish Promotions. One randomly drawn commenter will win a $25 Amazon/BN GC.

What if nothing was the worst thing you could do?

For 13-year old Tim Stockdale, it's all about keeping his head down and fitting in with the friends he's managed to make at his new school. His older brother, Eli, is the opposite. He's trying to set up a Gay-Straight Alliance at his high school, where he's a junior. Even though the school board is against it, Eli’s not afraid of what the fallout might be.

So when Tim's new friends start to bully a kid they think is gay, Tim's torn - he doesn't want to do anything to risk being cast out of the crew. But when Eli is hurt in a protest, Tim's own failure to do anything starts to get under his skin. Will he find his way at his new middle school, and figure out what's really worth standing up for?


MY REVIEW:  This short book by Judy Irwin is about a young boy trying to fit in at a new school--one that is very different from the school he is familiar with. He finally meets some friends, but the problem is these "friends" are bullies--something he is not familiar with and he doesn't know how to handle them or what he should do when they start bullying another classmate.

There is a strong familial relationship between the parents and sons, and one thing he learns through the course of the book is that even when you think people won't like you if you take a stand, you might not be as alone as you think.

I did have one issue with this book and that's the fact that it is so short. With more length, this could have gone from being a good book to being a great book. With a longer book, the characterizations could have been deeper. There were many issues that, because of the shortness of the book, were just lightly touched on instead of getting to any real depth with them.

However, it's written on a level that young middle grade students, around 8-9 years old, can easily understand and not be overwhelmed with and perhaps the length works really well for that age group.  It certainly has a worthwhile message that needs to be shared.

Tim is out on the driveway, playing around with the basketball. So far, he's bounced it hard off the garage door, twice, and each time his mom sticks her head out the side door and shouts, "Keep it down!" at him.

When he bounces it off the metal garage door for the third time, he keeps an eye on the side door, expecting his mom to pop out, really mad this time. But nothing happens.

Tim dribbles the ball up and down the driveway, he's moving fast enough so that he's breathing hard. Every time he comes up to the top of the driveway, near the hoop, he takes a throw. The first four times it goes right in, but on the fifth throw it goes really wild and bounces off onto the lawn.

Tim stares at his mother.

Her face is blotchy, and her nose is red. She's holding her purse in one hand, and car keys and a tissue in the other. She brings the hand with the tissue and keys up to her face, and rubs at her nose with the tissue.

"Tim, it's bad. It's Eli, and it's bad," she says, wiping at her eyes. "I have to get over to the hospital. I can't go into all the details, I just have to go." She unlocks the car door, and throws her purse onto the passenger seat.

Author Judy Irwin's books are about kids dealing with everyday stuff, like parents and divorce, friendships and bullies, and figuring out how to handle different situations and circumstances. She lives in Toronto with a dog, a cat, and a hamster, plus her husband and two children, ages 11 and 14. Judy always wanted to be a writer, and wrote her first book in fourth grade. It was about a boy named Japan, who lived in Japan. She studied English Literature at the University of Toronto, and some of her favorite authors are Judy Blume, Laurie Halse Anderson, Beverly Cleary, Edward Eager and Andrew Clements, and especially F. Scott Fitzgerald.

'What Did You Say?', Judy's first book, is about 12-year-old Tash. The book takes place at a trailer park up north. 'We're Done', Judy's second book, takes place in a middle school. It's about Luke, who first appears in 'What Did You Say?' Tash and Jon, from the first book, are also characters in this one. In 'What's It To You?', Judy's third book, 13-year-old Tim Stockdale (who first appeared as Luke's classmate in 'We're Done'), is figuring out where he fits in at Carlyle.

For Judy, the middle school years are especially interesting since they can be some of the most challenging for kids. It's a time when kids are faced with new issues, and bigger problems, than many have experienced before. As they figure out how they feel, and decide how to respond, they're also figuring out who they are, and shaping the nature of the person they will grow into.