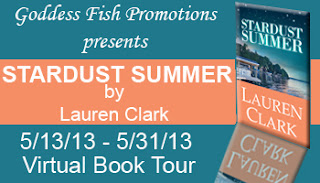 Single mom Grace Mason doesn’t believe in miracles, magic, or love at first sight. She likes the quiet life, complete with her eight-year-old son, their tiny house, and her teaching job. For Grace, happiness means that nothing much ever changes in Ocean Springs, Mississippi.

Then, one thousand miles away, tragedy strikes. A massive heart attack leaves Grace’s estranged father comatose in an Upstate New York hospital. While a team of doctors fight to keep Henry Mason alive, Grace and Evan rush to his bedside to say their final goodbyes.

Henry’s passing brings little closure for Grace, but she finds herself inexplicably drawn to her new surroundings. What begins as a short trip results in an entire summer spent with Henry’s second wife, Kathleen, and her next-door neighbor, Ryan Gordon, the town doctor. When a series of unlikely events lead to Evan’s disappearance, Grace must face her worst fears to find her son and bring him back home.

Stardust Summer explores the complexities of forgiveness, what it means to be a family, and the fabulous possibility of falling in love—again.

Stardust Summer is a book that is packed with emotion.

Grace is estranged from her father and hasn't seen him in years, despite his efforts to bridge the gap between them.  I have to admit that Grace was tough for me to like at first.  I wasn't completely sold on the reason for their estrangement, and when she goes to New York for the funeral and then stays for a while, there were times I felt she was being selfish and occasionally deliberately cruel.  This is definitely a book where the main character does some growing and changing before the end, in order to be a person you can admire and enjoy.

Her stepmother, Kathleen, was a great lady. She's struggling horribly with her husband's death.  One moment they were planning their retirement and then next she's having to face her later years alone, without the man she loved.  And even though Henry has passed, his memory touches every page of this book in some way.  I loved the man he seemed to be and, while he certainly wasn't perfect, I think that's one of the reasons Grace's behavior was so frustrating for me.

Ryan, Grace's romantic interest and Kathleen and Henry's neighbor and doctor, is also a good guy.  He has baggage from his failed first marriage to be sure, and some doubts about whether it was his fault (did he overlook something? Misdiagnose? Ignore symptoms?) that Henry died.  But he has a heart of gold, and the patience of Job.

Author Lauren Clark has created some incredibly real characters. Each person in the book from main to walk-on is separate, different and well-defined.  Her skill with description is amazing, and the dialogue is easy and realistic.  Truly her wonderful writing ability made the journey through Stardust Summer a joy.  If I'd have sympathized with Grace more, this book would have rated a solid 5 flowers.  I'll absolutely look for more from her and recommend her books to anyone looking for an enjoyable way to spends several hours.

4 Flowers -- This was a very good book! I'd recommend it to my friends.

Grace woke to the sound of the lake lapping against the pebbly shore, as comfortable and familiar as a pair of old shoes. Morning light streamed in through the edges of the blinds covering the windows.

She noticed the dark tufts of Evan’s hair peeking out of the covers and smiled. He was breathing deeply, one arm slung over his head. Despite being eight and more grown-up, he still took every opportunity to climb into bed with her.

Carefully, she lifted her side of the sheets and pulled them back slowly. It was a new day and Grace was glad. It had been a long and weird afternoon yesterday, topped off with her stepmother’s performance at the funeral.

Grace sighed long and deep. She slipped on her robe and shut the bedroom door behind her carefully, so as not to wake Evan. If she had to guess, her stepmother was probably awake an hour ago. She peeked around the corner into the living room, expecting her to be standing there.

It was empty, and the door to Kathleen’s bedroom was open just a crack.

Grace let her shoulders relax. Kathleen was probably outside walking or gardening, maybe talking to one of the neighbors. Her father always said that her stepmother could never stand still.

Grateful for the reprieve, Grace decided to make coffee. As expected, everything inside the kitchen cabinets was stacked neatly and labeled. Grace inhaled the nutty aroma as she measured out a few scoops of dark brown granules, added the water, and flicked the switch.

As the coffee pot began to gurgle, Grace inspected the living room. It looked completely different without a crowd of people. The space was clean and white, with a sofa and loveseat in the corner, both set an equal distance apart from the coffee table. The floor, wide-planked and wooden, was aged to mellow golden color.

Framed pictures hung on the walls. There were lovely panoramic shots of Keuka Lake, two of her father and his Sailfish, and several snapshots of Evan.

The majority of photographs, however, were of Henry and Kathleen. Grace moved closer, studying the details, and found herself mesmerized by the similarities. In each one—location aside—her father and stepmother were smiling. In Italy, in China, and France. On the campus of the college where her father worked, on the shore of the lake, and inside the house where Grace was standing.

Every time the shutter clicked open, Henry and Kathleen had their heads bent together and arms entwined. They glowed with happiness and love.

Grace stepped back and turned away, feeling her throat choke with emotion.

It hurt to look too long at her father's face.

Grace slid open the heavy glass doors to the outside porch and stepped out onto the sturdy wooden planks, wishing the coffee would finish.

She shivered when the cool breeze hit her face and tugged the robe around her tighter. A tiny ant ran across the top of the wood, clinging for dear life in the breeze.

The chairs on the porch were empty. She looked further, down along the shoreline, for signs of life. The deck and pebbly beach were empty too.

Out of the corner of her eye, familiar blue and white stripes came into view across the aquamarine of the water. It looked hauntingly like her father’s sailboat. The trees near the deck bent in their branches, leaves rustling noisily.

The Sailfish was her father's prized possession, the boat he’d bought in college for only three hundred dollars. Henry had lovingly taken care of it over the years, sanded carefully and painted the brightest white at least a dozen times.

Grace kept her eyes focused on the tall mast, bobbing slightly as it made its way across the water. She could make out a single figure in an orange life vest. One person on board. It could be Kathleen, but she wasn't sure.

Then, the wind slowed, gusted once again, and sputtered. As the sun rose about the hilltops, the air became absolutely still.

Grace waited for the breeze to pick up, anticipating the brush of air against her bare skin. Her heart began to beat faster. She glanced around for other boats in the area—a fishing boat, a rowboat, anything.

The lake was empty. The sail hadn’t moved.

Shading her eyes, Grace held the boat in view, starting to walk toward the dock.

The boat’s mast teetered, causing the sail to shake from side to side. Grace blinked to make sure what she was seeing was real. 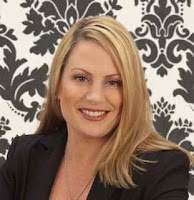 Lauren Clark writes contemporary novels sprinkled with sunshine, suspense, and secrets. A former TV news anchor, Lauren adores flavored coffee, local book stores, and anywhere she can stick her toes in the sand. Her big loves are her family, paying it forward, and true-blue friends.

Lauren is a member of the Gulf Coast Writers Association, the Mobile Writers Guild, and a regular contributor to Parents & Kids Magazine's Mississippi Gulf Coast Edition. Check out her website at www.laurenclarkbooks.com.